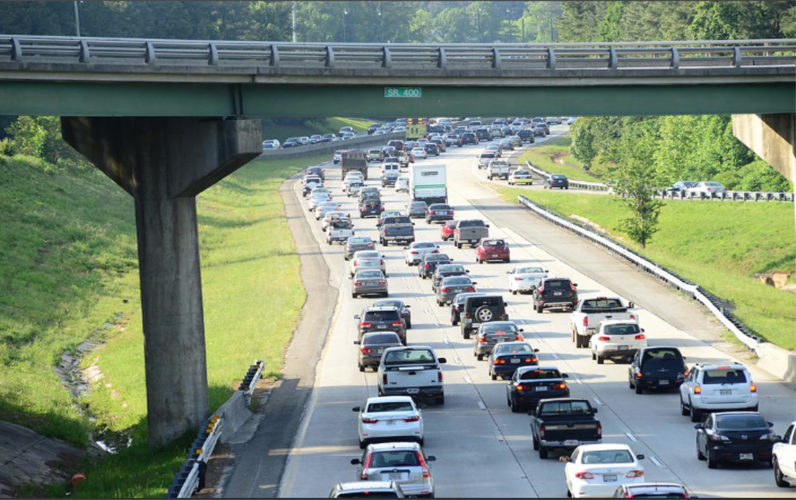 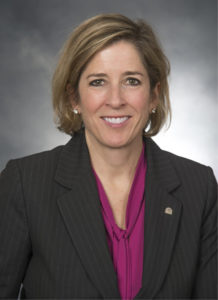 Kathleen Farrell is head of commercial real estate for SunTrust. 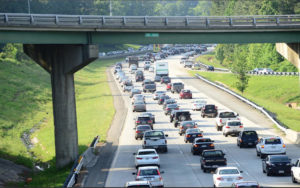 The state needs $1.5 billion in new investment in transportation, a study says.

What is your/your organization’s vision of metro Atlanta in five years, and how are you working toward that?

Farrell: Atlanta is the third fastest growing metro area in the nation, according to the U.S. Census Bureau. Continued population growth, aided by a strong local economy and businesses relocating to our region, will present a number of challenges and opportunities for our community. We have explored expanded mass transit, alternative commuting options, as well as access to affordable housing and redevelopment of critical neighborhoods like the Westside. To support these initiatives, SunTrust is deploying funds through SunTrust Community Capital and our SunTrust Foundation to entities such as Families First, the YMCA of Metro Atlanta, and the City of Refuge. Partnering together as one community will be key to our future success.

Toro: In five years, we envision a more connected Atlanta, a global city that is not only connected with the world through its international airport, but also at the street level, from community to community. While many embrace the concept of “placemaking,” our submarkets remain fractured. We have a variety of great places both new and old, such as Decatur Square, Avalon, Inman Park, Colony Square, The Battery and Ponce City Market. All of these great places, even the ones with direct connections to MARTA and the Beltline, have an island-like isolation because of our city’s reliance on cars and lack of connectedness. At North American Properties, we are fighting for a paradigm shift, a movement away from car dependence and toward mobility, away from suburban sprawl and toward urban life, even in the suburbs. We want to see more feet on the streets, more cyclists in bike lanes and more riders on MARTA. 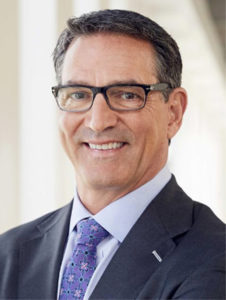 For instance, we are redeveloping Midtown Atlanta’s Colony Square to turn its 50-year-old, insular design outward toward Peachtree and 14th Streets. We are preserving the iconic brutalist architecture and focusing on the street level. This includes activated restaurant patios that spill into sidewalks, vibrant storefronts that engage passersby, new pedestrian access points and a series of murals, events and surprise-and-delight activations that contribute to a more energized street-level experience. We’ve also developed amenities such as our bike house and mobility concierge that encourage car independence. 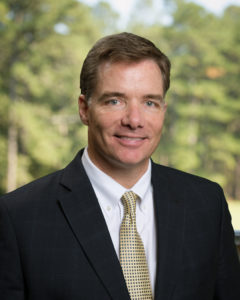 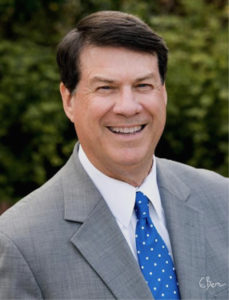 Paul: In five years, the seeds we’ve sown in Sandy Springs with City Springs and our updated development code will be taking life. While we won’t see the number of cars diminishing on our roadways, we will see the infrastructure begin to encourage alternate transportation, whether it be bikes, pedestrian paths, ride share, transit or other technologies. I haven’t given up on the idea of gondolas. Part of our transportation challenge is providing the varied types of housing needed to allow teachers, public safety workers, administrators and the like the opportunity to live near where they work. This is not a single-city issue but a regional one. How are we working toward that? A first step was the update to our city’s development code protecting our existing neighborhoods but allowing and encouraging additional density near the interstates and transit stations. We need to build the type of housing that encourages our kids, after college, to come back and live here and raise their families here. 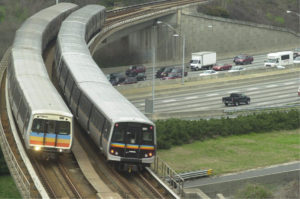 What one element does metro Atlanta need NOW to improve connectivity/mobility, and what will it take for us to have it?

Zimmerman: Cooperation, leadership and money. Often, doing the right thing is not popular and doing the popular thing is not right when it comes to investments in infrastructure. However, it does feel as though the region is on the right track relative to prioritizing projects and finding ways to execute improvements in areas with the greatest need (i.e. I-75 managed lanes and I-285/Georgia 400 improvements). And, as has been mentioned with our nation’s energy policy, it is not one solution versus another but instead all of the above. We can invest in road improvements and system enhancements at the same time as we try to expand mass transit systems while we also seek to create or enhance alternative mobility systems.

Toro: We need buy in from metro Atlanta’s suburban community members and politicians on both sides of the aisle. Rather than recognizing the economic and societal benefits of connectivity, there are some who continue to trumpet negative stereotypes around public transit, putting politics over people. It’s an old-fashioned notion that thankfully is dying a slow death, but we need our forward-thinking citizens to speak up and vote yes for mobility – whether it’s bike lanes, public transit or pedestrian walkways. Vote yes for a more connected Atlanta.

Paul: Collaboration. This isn’t an Atlanta issue, a Sandy Springs issue or an Alpharetta issue. It is a regional challenge. We made progress this year at the state capital, and the more we work together and view this as a regional concern and tackle these issues from a regional perspective, the broader the set of tools we’ll have to work with. Each city will have specific needs, but if we focus simply on our backyard, we widen the length of time and ability to affect change. The reality is that we are already 20 years behind. But TSPLOST is one example where, when we collaborate, we are able to move the needle. There is no reason we can’t keep that momentum going.

Farrell: In Atlanta, average rent for an apartment is $1,597 and consumes 39 percent of gross monthly income for a household making an annual median income of $49,398. Add living expenses including electricity, transportation and child care to the equation, and basic necessities can consume the vast majority of a household’s paycheck. Housing affordability in Atlanta is a multi-faceted problem that will require a multi-step solution. Leaders should focus on: changing density requirements; exploring inclusionary zoning; making the most of existing multifamily units; thinking creatively; and encouraging national fixes. SunTrust is supportive of deploying capital toward solving the workforce housing problem, and we will continue to be an active participant in finding solutions that work. We believe that the best chance of real progress will be made when municipalities like Atlanta, developers, financial institutions and even the federal government work together to implement a range of solutions that make new developments more feasible on a broad geographic scale.