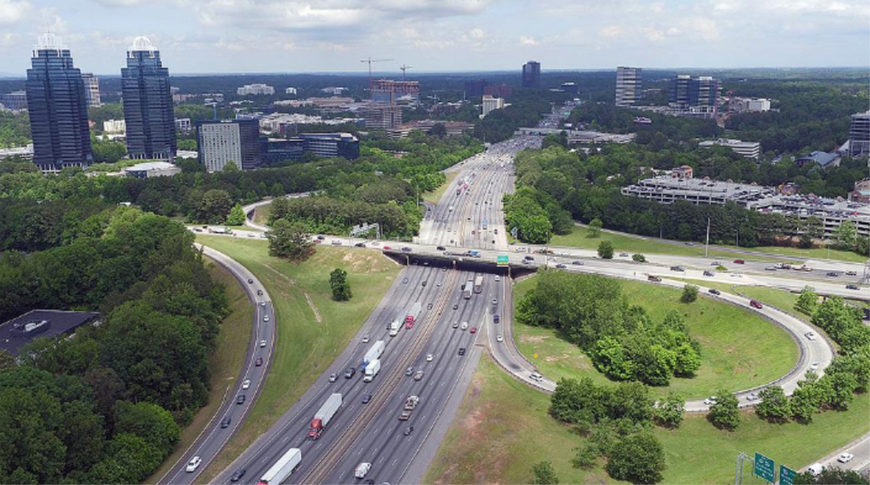 Metro Atlanta’s population and jobs numbers are on the rise and some of the big increases in people and employment are coming in North Fulton County.

The Atlanta Regional Commission is projecting the metro region will add 2.5 million people, bringing the total population to 8 million. They will be drawn to the region by an increase of 1.5 million jobs by 2040. Nearly a quarter of all the new jobs will be in Fulton County — the region’s top employment center.

“So we expect (North Fulton) to continue to grow, but at a slower pace than it has,” said ARC Chairman Kerry Armstrong, who also serves as chairman of the North Fulton Community Improvement District.

North Fulton County has long been the place where company CEOs came to live and brought their companies here as well. Many of them are in the tech sector including healthcare information technology companies that have given Atlanta the title of the “Nation’s Capital of Health IT.”

The region is both affluent and well educated, according to Armstrong.

In addition, about 61 percent of population has at least a bachelor’s degree compared to the region’s 37 percent, he added.

To help ensure that companies are getting workers with the right skills for the jobs they have to offer the Greater North Fulton Chamber of Commerce launched a Talent Coalition. Comprised of educators and business leaders, they are charged with developing workforce strategies that fill the largest skills gaps in the region.

“It’s really leading the charge in bringing together business and education,” said Bethany Usry, the chamber’s vice president for Economic and Talent Development. “That’s so that educators understand what it is the businesses in the area need as they grow and can offer programs and classes that will help fill those jobs. For the residents it’s to ensure they’re receiving the education they need to continue living in the North Fulton area and find jobs.”

The committee’s focus is on educating the public about high demand, low supply jobs. While high tech gets the lion’s share of publicity, many more traditional blue collar occupations are in high demand as well.

“There is an attitude shift that has to happen,” said Gary Campbell, director of community affairs for staffing firm Hire Dynamics and the coalition’s chairman. “If my child has the aptitude to be a welder there are more than enough welding jobs to make a nice career. That attitude shifting must occur as well in order to improve the skill sets that not just programming and nurses, but let’s help the fundamental infrastructure of business. There are some of these jobs where people are surprised at how much the pay is for a truck driver or a plumber.”

The local area has responded to the need for more skilled workers with new training programs offered through technical colleges and universities, and an increased emphasis on science, math and technology in secondary schools.

Fulton County is developing a new STEM (science, technology, engineering and math) campus on the site of the old Milton High School. Scheduled to open in 2020, the building will host college and career-focused curriculum pathways with a focus in the areas of engineering, healthcare science, and information technology.

The new facility grew out of a business advisory board formed by the school system.

“They are actively seeking business input to ask what equipment and what kind of courseware do we need,” said Campbell. “You guys tell us because you’re the ones (who will be) hiring.”

In recent years North Fulton, like most of the county, has become municipalized with new cities like Milton and Johns Creek gobbling up unincorporated county land. One of the appeals of this region has been the flourishing of city centers in places like Alpharetta and Roswell.

“The idea around city centers and place-making is now you’re creating these other nodes of not just downtown places for people to stop and shop, but places that have identities and a brand message that the community can rally behind,” said Samir Abdullahi, Fulton County’s economic development administrator. “Then you offer the intown amenities where you’ve got not only the local diner, but something that’s more artisan.”

North Fulton cities have developed distinct downtowns that are an attraction for both locals and visitors. New high end mixed use developments such as Avalon have transformed rural into urban.

“The catalyst for much of this is the cities investing in city centers that include some public component like a brand new city hall or some other development,” said Abdullahi. “The private side of things is introducing the community to a modern version of either dense development or multifamily development.”

A growing local population coupled with thousands of cars commuting into North Fulton from other parts of the metro will place increasing strain on both roads and other infrastructure.

To meet those needs, Fulton County has invested in upgrading both water and transportation within the area.

“We are planning for growth in both areas right now with significant projects to ensure that we have the capacity — especially in the area of wastewater treatment — to handle the growth,” said Fulton County Commissioner Liz Hausmann.

Much of the funding for transportation improvements in the region is coming from last year’s Transportation Special Purpose Local Option Sales Tax (T-SPLOST). A joint effort between the county and 13 cities outside of Atlanta, proceeds from the tax will yield approximately $570 million in transportation investments between 2017 and 2022.

Funds collected through TSPLOST will be divided among cities based on population and go to a project list developed by the city.

“Transportation continues to be the number one challenge,” said Hausmann. “The good news is that there are revenue sources in place and the T-SPLOST projects are beginning. Georgia DOT has enough money now to do major infrastructure projects like the I-285/Ga. 400 interchange which is going to be so significant.”

The county is also funding a transit study by the ARC. It will assess the county’s transit needs and the cost and length any projects will take.

“The cities are really starting to think about the future and what are the needs to get people to and from and how that needs to work,” said Al Nash, CEO, Development Authority of Fulton County.